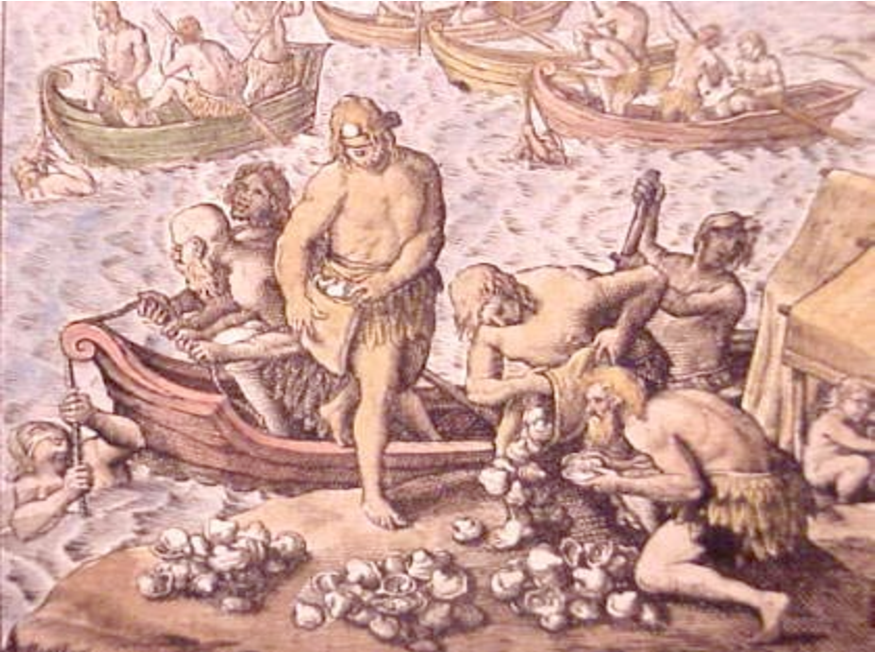 The Hunt for Pearls in Panama

Imagine you are inside the oldest known submersible in existence. One hundred feet below the ocean surface scouring the rocky ocean beds for pearls. Inside a small submarine with six others, lit only by candles and before the potentially fatal effects of decompression on the human body were known. Today the remains of the 150 year old “Sub Marine Explorer” is our seaplane excursion destination, a short 25 minute trip from Panama City in the Isla Perlas Islands.

As we depart Panama City by seaplane the mainly cargo ships waiting in the Bay of Panama for Passage from the Pacific to the Atlantic Ocean through the Panama Canal quickly pass under us and within minutes we are flying over the Pearl Islands, a paradise of some 200 mainly uninhabited islands.  From our low altitude we may spot marine life such as manta rays in the majestical turquoise waters, or even whales during the right season.

Your seaplane lands in a calm bay of the small island of Isla Temos near the most southern tip of the  archipelago. We’ll offload our guests at the beach where a small local boat meets us for your guided experience. First is some history of these islands.

Inhabited for centuries by pre-Columbian tribes, Nunez de Balboa discovered the region in 1513. Most of the native tribes were exterminated or enslaved to search for pearls. Between the brutal treatment and New World diseases introduced by the Spaniards, these cultures mostly vanished off the earth. In the early 16th century African slaves replaced the Indians for diving for oysters, being less susceptible to disease, but heavily controlled in brutal conditions.

Oyster harvesting transitioned to larger commercial operations using local Panamanian divers.  until after WWII. Some years it was recorded that 12,000 metric tonnes of oysters were harvested for their shells and pearls. Even with only about 1-2% of oysters producing pearls, it can be estimated that many thousands of pearls were harvested in this region of Panama including the $11M, 56-carat pear-shaped pearl “Wanderer Pearl” once owned by Elizabeth Taylor. The commercial industry collapsed after WWII but local villagers in the Isla Perlas still continue to harvest some oysters, but at a small scale.

Our trip highlight is to visit the remains of the “Sub Marine Explorer” where your guide recounts the amazing history of the abandoned vessel as it sits exposed by the retreating tide. Built in Brooklyn, New York between 1863 and 1865 by German inventor Julius H Crowell and an American named Ariel Patterson, the 36 footlong Explorer was the first submersible that could go over 100 feet below the water. Unable to sell the craft to the U.S. it was shipped to Panama for oyster harvesting.  Until twenty years ago it was thought to be a remnant of WWII Japanese mini-sub until naval maritime archaeologists researched the structure. Just one more chapter in the 500 year-old amazing history of harvesting pearls in Panama.

We wind up our excursion with a lunch on an isolated beach, a swim and snorkel in some of the pristine reefs. Then we return to Panama City by seaplane.

Memories that will last a lifetime.